Once upon a time there was a beautiful princess.  Most people wouldn't recognize her as a princess because she did not wear big fluffy dresses everyday and she did not live in a castle.  But she was still a princess--royal by birth.

The princess loves cooking and interior design and preschool and sewing.  She also loves teaching.  So the princess decided to combine all of her talents and become a teacher--not a regular "princess" job but it is what she loved so she followed her dreams.

On Thursday the princess met about half of her students for the first time.  It was 7th grade day so instead of having to teach in her classroom, the princess followed the school schedule for the day and taught the kiddos how to open lockers, where the bathroom was, how to go to lunch, what to do if there is a fire drill, etc.  You know.  All the important stuff that a 7th grader really needs to know.

Yesterday was a non-contract day and technically the last day of summer for the princess.  But can you guess where the princess was?  Yup.  For almost 11 hours the princess was making photo copies, rewriting lesson plans and eventually printing them, and so many other things that the princess can't even remember what she did--all in attempts for trying to have her classroom ready on Monday: the first real day of school.

The princess started to feel overwhelmed.  She wanted to go home but couldn't because there was still things that have to be done before the kids show up bright and early in their brand new outfits Monday morning.  The princess told her knight in shining armor that she wasn't going to be coming home any time soon because she was so busy and stressed and on the verge of tears.  So the knight came to the dungeon to slay the dragons and free his princess.

The knight gave the princess a huge kiss and tight hug and that helped everything seem a little better.  He worked on organizing and making a seating chart template.  The knight slayed the dragons and the princess was freed.  The knight in shining armor took his princess out to eat and then to the movies.  And the princess decided that anything is possible as long as she has her knight by her side. <3 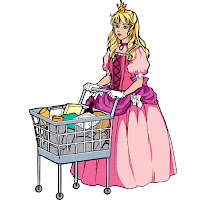 P.S.  Today is Saturday.  Teachers are NOT supposed to work on Saturdays.  But this princess still has to finish making seating charts, make procedure guidelines for desired student behavior charts, print some pictures and make a getting to know the princess box for her students, and go shopping--like required shopping so her students can start on labs.
Posted 7:33 AM

Email ThisBlogThis!Share to TwitterShare to FacebookShare to Pinterest
The Themes of Dreams: Eternal Newlyweds, Eyes of a Teacher

Keep up the hard work, you're doing great!!!

That is so cute! Absolutely adorable story. I can't believe how much work you have put into all of this. I just makes me shudder to think of it, but I know it can be fun once you get started and going. I am sure you are going to have some absolute fun with those kiddos of yours!