A Glimmer of Light


Our trip to Denver was extra special because it was our Little Loves first airplane flight. They were so excited. Heidi constantly asks when are we going to fly on the "hair-pwane" again. Going through security with over stuffed backpacks filled with multiple electronics, food, and liquids WITH two Little Loves was not so fun. Flying was awesome though.

One of my favorite parts of the airplane ride was surprisingly the extremely early time we took off at. It was pitch black outside when we boarded the airplane around 4:30 in the morning. There was a quietness, on the roads driving and even in the airport. I savored that silent, still world feeling.

When we took off, the only lights we saw out the window were the twinkling city lights below us. As we climbed higher into the sky, eventually the entire window was pitch black. I have thought about this darkness and how the pilot and copilot had to rely completely on the instruments they have (really I have no idea what they have... maps... gps... I don't know!) and not on sight. This reminds me how sometimes when the hardest trials come that we have to rely on faith. Sometimes our lives may feel dark. Yet, despite the feeling, I know my life will never be dark. It will be hard. It will be trying. But it won't be dark. It won't be dark because of the Atonement. And because of the Holy Ghost.

As we flew East into the rising sun, it was the most amazing view out our tiny airplane window. We saw just a tiny glimmer at first. The light was so faint that when I tried to take a picture, it is almost unnoticeable. But. It was there. That first, barely visible light gave a light that was not there previously. And the darkness could not hide it. 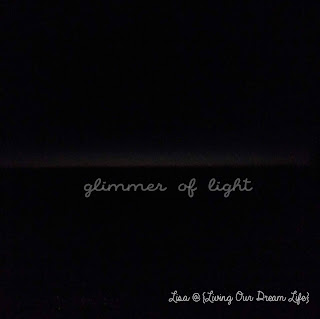 The light grew. Ever so slowly but also so magically. One interesting thing was we never actually saw the sunrise. We only saw the light coming from the sunrise. When we landed, the sun was completely up and not even close to the time of "the sunrise." Since we never saw the actual sun rise, the mountains we were flying over remained completely dark. There was no light to brighten the them.

This event of flying East into the sunrise should seriously be on everyone's bucket list or maybe even one of the natural wonders of the world. It was that incredible to witness!! 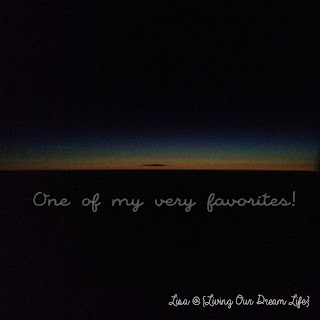 But even more incredible is the Light of Christ. Even the tiniest amount of light shines forth and will conquer the darkness. The smallest amount of faith. The slight amount of hope. The limited amount of testimony. It is there. And it will continue to grow, ever so slowly, just like the airplane sunrise.

One's testimony does not have to be strong today. It is a work in progress. The faith we have for today is sufficient. Tommorrow, hopefully it will be stronger. And bit by bit, the light we each carry will grow.

Email ThisBlogThis!Share to TwitterShare to FacebookShare to Pinterest
The Themes of Dreams: Building a Testimony, World Travels